JoAnn Smith Ainsworth experienced food ration books, Victory Gardens, and black-out sirens as a child in WWII. These memories create vivid descriptions of time and place in her award winning paranormal suspense series which puts you in the midst of a fast-paced journey through paranormal realms as U.S. psychics hunt down Nazi spies. Ms. Ainsworth lives in California. She has B.A. and M.A.T. degrees in English and has completed her M.B.A. studies. She has published seven novels. To learn more about this award winning author, visit https://www.joannsmithainsworth.com.

The adventures of Lt. Livvy Delacourt continue in this third segment in the series of the top secret Operation Delphi team of talented psychics that search for Nazi spies. Together with her superior officer and childhood friend, Cmdr. Barrington Drew, III, Trey to his friends, Livvy embarks on top secret mission to secure the Book of Cures, a family collection of hundreds of years of occult writings for protections against malicious spells before the Nazi can find it.

The premise of this series is unique and captures the epitome of wartime 1943. Hitler’s fascination with the occult and America’s answer with the Delphi team is a good mix of believability and imagination.  While I find some scenes ramble a bit and am not a fan of two-page chapters, the storyline did keep me reading.

Expect Betrayal - Operation Delphi, Volume 3 is an interesting read. The twists and turns of the plot will keep fans of soft thrillers drawn in. 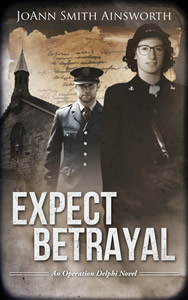 A college friend offers advice on staying safe in war-torn England to the naval commander overseeing the U.S. psychic team and to its team leader (a U.S. WAVES clairvoyant) while they search for her family's grimoire, The Book of Cures. It contains spells and charms to protect their Philadelphia headquarters from further Nazi occult attacks. But the friend is the very man assigned by the Fatherland to spy on them and to put a bullet between their eyes once he gets his hands on this grimoire that Hitler covets and needs to fight the war.


Operation Delphi, the covert, gifted, and psychic occult team for the U.S. has been assigned to search for Nazi spies along the East Coast. Livvy, Lt. Olivia Delacourt was at Hamilton House with the rest of the crew honing their skills. She and her team successfully planted a psychic command to Trey, Cdr. Barrington Drew.
Learning that they wouldn’t get credit for catching the spies from their first case, the group was slightly mollified when they were given tickets to the local USO magic show. Trey and Livvy sat next to each other, both recognized the wizard, Deryk Fergus, who had wanted to join their covert group but had been denied entry. Livvy realized the man was using psychic powers to hypnotize the group and audience. She may have protected her small group temporarily but the wizard was determined. He was not giving up…
Ainsworth has penned a riveting story full of mysticism, intrigue, and nail-biting suspense. Expect Deception takes the reader and doesn’t let go until the very last page.
Lauren Calder 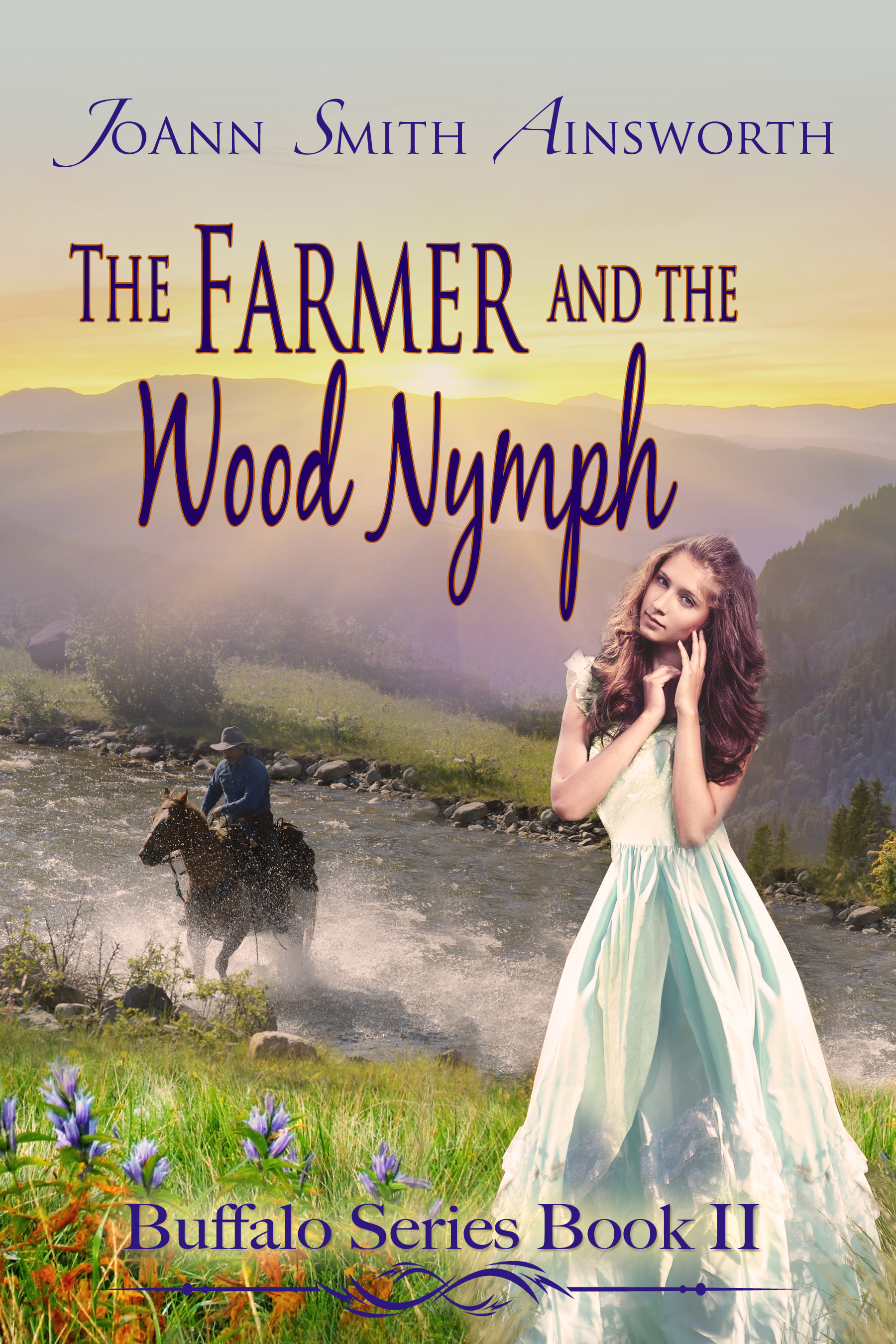 Ernest Noland joined a posse in search of the outlaw who had shot his cousin Ida. Returning from the fight with the outlaw, Ernest and the posse came across a woman alone in the woods.
Lilah had awakened injured by a fall, not knowing who she was, or how she had ended up alone in the wilderness. When the men from the posse found her, they searched for any clues that could tell them what happened to her.
Waiting to hear back from the sheriff’s office, Ernest and Lilah became better acquainted. Knowing that his cousin would need help because of her injury, Ernest offered to hire Lilah to help around the house. The more he learned about Lilah, the more he convinced himself the she was out of his league.
If you love westerns, this is the book for you. Great characters, great plot, and a story that will make you smile.
Lauren Calder 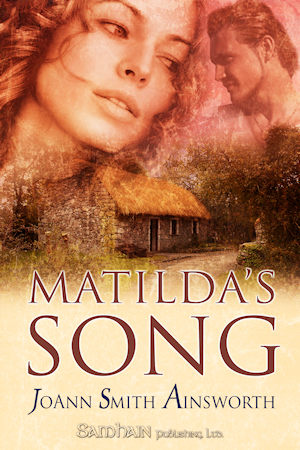 Historical accuracy, alpha males, an Anglo beauty and romantic adventure showcase Matilda's Song. Author JoAnn Smith Ainsworth pens a tale of intrigue, desire, and danger.
To avoid betrothal to a brutal knight, Matilda plots a pretend marriage to another. While on the way to her new home, she is accosted by Baron Geoffrey de la Werreiur of Greystone. One night of passion is all it takes to make Geoffrey want to make Matilda his mistress. Trapped in a prevarication of her own making, she puts her life in danger when Geoffrey's sister learns of his attraction to the beauty.
.....Matilda's Song is a fine romantic adventure set in 12th century Britain. The author's attention to detail and dialogue make this a book I would highly recommend. Vivid descriptions of time and place put the reader right in the middle of the story as a participant. The dialogue is appropriate for the day, as well as the characters' personas. The hero is a stereotypical arrogant male with a mind of his own and well aware of his prowess. Matilda is an independent young woman, or as independent as a woman can be in the 12th century. She is determined to make a life of her own choosing.
.....The story has moments of humor, joy, pain and danger; an excellent combination. Matilda's Song is a book I would gladly read again.
Lettetia Elsasser 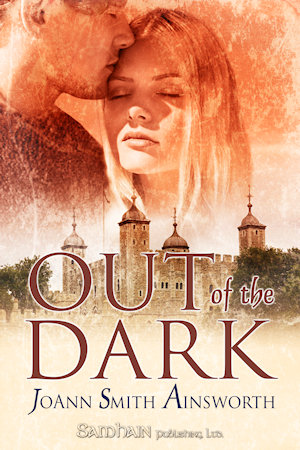 Out of the Dark
Joann Smith Ainsworth
Samhain Publishing, Electronic, Trade
1605042773
****1/2
....
Out of the Dark is a Medieval with a tightly woven plot and vivid descriptions of time and place. It is strong with intense characters, a murder plot, and a love story making JoAnn Smith Ainsworth an author to be appreciated. I loved it.
A murder plot overheard; whom can she trust? Will anyone believe her? Lady Lynett, though well connected and wealthy, is blind, a tough thing for a woman in Medieval times when it comes to finding a husband. When her parents, a conniving and nasty mother and a downtrodden father, conspire to sell her to a Saxon nobleman, Lady Lynett is furious and frightened. Walking off her frustrations, she ends up lost in the cellars of the King's castle, where she overhears a murder plot. Though not able to identify the conspirators by sight, she, nonetheless, can identify the voices she hears.
With no one believing her, she approaches Basil, the Sheriff of Ipswich. The illegitimate son of a Norman nobleman, he is battle-hardened, fiercely loyal and honest. He is tom between his feelings for the lovely Lynett and family loyalty and is hard-pressed to discover the conspirators in time to alleviate the threats on Lynett's life. Knowing he can never have a Saxon noblewoman, he longs to show her how worthy she is of love and kindness. He is honor bound to protect the King, and he vows to protect Lynett at any cost.
Lettetia Elsasser