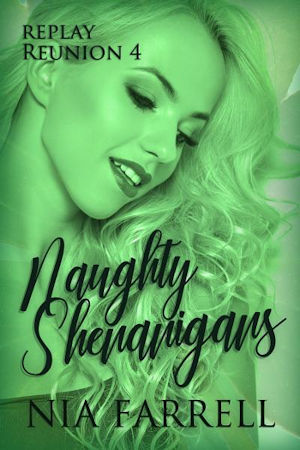 Tagline: A married submissive craves more than what her husband can give her.

What happens when a married couple faces a harsh reality? Will Rowena convince Micheil that wanting more doesn’t mean she loves him less?

For better or worse, she and her twin sister Breanna had Dominant husbands who didn’t share. Then again, their Doms didn’t join in scenes with other partners, either. And here she was, wishing for more while questioning how she would feel if Micheil desired the same. Was it selfish or natural to welcome one but not the other? It wouldn’t be fair to limit him if she wanted his restrictions on her eased. She was happy in her marriage. Glad to be his submissive. And yet these past few months, she’d been craving more. Dreaming of more.

Maybe she could talk Sir Piers into having a Wild Bunch weekend with Dom bikers riding into Replay and having their way with the submissives who’ve signed on.

Thankfully, there was a blind box where someone could anonymously drop ideas without revealing themselves.

As soon as she had a chance to get Breanna alone, she told her twin what was going on. Her wet dreams of moresomes. Micheil’s noninterest in sharing. The book she was writing and how much she wished it was her.

Breanna listened and nodded in empathy. “It’s kind of the same with me,” she confessed. “They say you can’t miss what you’ve never had, but after watching all the scenes at Replay, I’ve wondered how it would feel to submit to more than one Dom. I love Gunnar, but when I dream of a Viking raid, the sex doesn’t stop with him. Although I’m not sure what they’d think of this belly.”

Regina laughed. At four months along, the baby was showing, but Breanna’s stomach wasn’t big yet. “Are you kidding? They’d see a fertile female as a gift from the gods and challenge each other for the right to keep you. Mother’s Day,” she mused aloud. “That would be a great Mother’s Day present. When Gunnar asks what you want, tell him you want the full-experience Viking raid and see what he says.”

“You’re curious,” Rowena finished for her. “It’s natural. I bet if we canvas the other subs, everyone has a secret scene they’d like to play out..., something different they’d like to try. We should talk to Aubrey. She could put a bug in Sir Josef’s ear. He’s in a position to encourage everyone—Doms, switches, and subs—to write down their fantasies and give them to Sir Piers for consideration. Even if we don’t participate, we’ll have tons of fantasy fodder.” 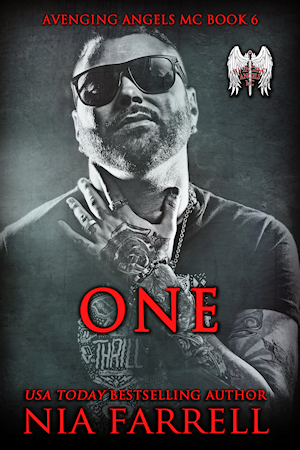 Jolene Chaisson (aka Sweet Thang) is something of a mystery. The Cajun beauty clearly comes from a privileged background, but no one knows what brought the young Louisiana woman to Illinois or how she ended up a sweetbutt in the Avenging Angels clubhouse.

To the club Enforcers Beast and Hawk, Sweet Thang is the woman they want but have never had. Even though she’s slept her way through most of the club’s single members, she’s avoided them, sensing they’re the most dangerous. When Beast and Hawk save her from being abducted and circumstances force them together, she realizes she’s never felt safer than in their arms.

But being with the Avenging Angels makes her a target for their enemies. Can Hawk and Beast protect her when Reaper reappears? 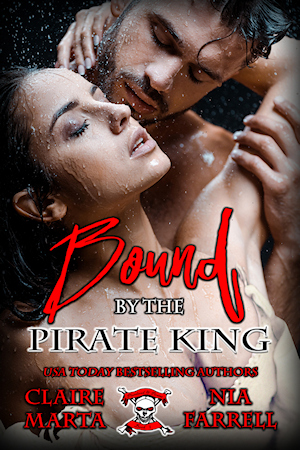 Mirabella Rousseau is on the run, sailing with her cousin from the Caribbean to France to escape an arranged marriage. Posing as Gaspard’s male servant offers a measure of protection until their ship is captured by the infamous pirate, Captain Giorgio Baretti.

When Giorgio and his first mate, Paolo Serra, learn Mirabella’s true identity, they quickly claim her for themselves, determined to make her pay for her uncle’s sins. Sworn enemies of Henri Allard, Giorgio and Paulo intend to bend his orphaned niece to their will, forcing her to share their bed whilst trying to uncover the secrets that she keeps.

Learning that Mirabella holds the key to the treasure map in Giorgio’s possession changes everything. Flung into a dangerous adventure of betrayal, passion, risk, and redemption, they must hazard all they hold dear to save themselves—including the young woman who has somehow touched their cold pirate hearts.

This swashbuckling historical ménage is written with dark humor, a murder mystery, and a dash of intrigue, replete with nods to modern pop culture. Fans of The Princess Bride will appreciate that Bound by the Pirate King began as a fictional novel in a fictional novel whose heroine had a taste for lurid literature and pirate play.

Written with heat, humor, and possible triggers for Ages 18+.